As you can tell we did a lot this day! We already planned to return to Hollywood Studios and Magic Kingdom as we knew we would want to go back for rides or shows etc. So we did, but we also decided to have a trip to Disney Springs whilst we were there. Not that we’re far away anyway but we may as well. 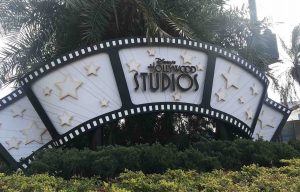 So the general plan for the day was: Hollywood Studios for rope drop, do the rides we enjoy and have fast passes for, anything else we think of whilst there. Return home for a relaxing lunch and possibly a nap as we have been starting to get tired. Then head to Magic Kingdom for the evening to do rides there, a couple of photo opportunities and watch the fireworks. Then return home. What we actually did:

We got to Hollywood Studios, just after rope drop but with enough time to ride Rock N Rollercoaster twice within about half an hour! The ride queue said 20 minutes but we walked straight through again and onto the ride. The second time round the queue was even smaller. We only went straight to this ride because it was the only one that we hadn’t fast passed for the day.

We then went to Tower of Terror (which I personally love!) the falling sensation is amazing, everything feels like a free fall however it only lasts for seconds. That’s a good thing for anyone who doesn’t really like it. From here we went to Star Tours which is another favourite of ours. 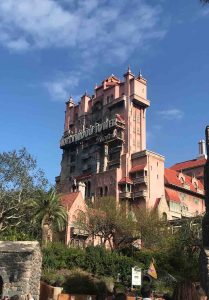 The reason we like Hollywood Studios the best is due to the rides, and out of all the parks it has the most that we both like to do.

Last time we came we never ventured round enough, as we didn’t know the Pixar section existed. This section currently only has one Toy Story ride; however the theme of the street that it is on is very cool. You must fast pass for Toy Story Mania unless you’re willing to queue. The queue is always around 2 hours, which is crazy. Due to expansion there is construction going on to develop the Pixar section and there is going to be new rides and attractions coming soon, however this doesn’t distract from what is already there.

After a morning (about 3 hours) at Hollywood Studios we went home for about 3 hours or so, to have a break, relax and get ready for a night at Magic Kingdom. During lunch we visited the Largest McDonalds. It was amazing!! They serve breakfast all day and all kinds of food such as pizza and pasta that we can’t get in the UK in McDonalds. This is worth a visit no matter what.

During the evening we did everything that we wanted to do; the People Mover, Space Mountain, Haunted Mansion, Saw Happily Ever After Fireworks Show, had a Dole Whip and got a photo at the Rapunzel tower.

The Happily Ever After Fireworks were spectacular. The combination of projections on the Castle combined with the fireworks is so well done, as with everything Disney. They interact with each other and a Tinkerbell even flies down from the castle. It seems to be hard to get a good spot for this, although we did manage it. So if you are going in the summer then I would recommend being there a good hour and a half at least before the fireworks start. There is also like a prep firework show around 7:30ish before the main event. This is a must do if you are visiting Disney World. 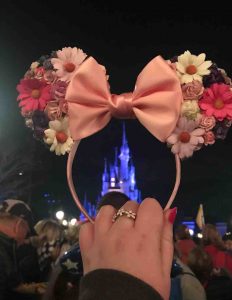 After spending another good 3 or so hours at Magic Kingdom we did plan to go home as all the parks were now shut. However we took a detour and went to Disney Springs. I didn’t realise how big Disney’s property was until we did this drive. It would’ve been quicker and shorter to go back to our room.

Disney Springs is huge. It also contains the worlds largest Disney Store(World of Disney), which is an amazement in itself. I could spend forever just walking around and looking at things in there, it really is so big. It contains everything you can imagine and more, and for any Disney fan it will make you happy. Disney Springs itself is huge and there are so many places to go for food and drinks, and for shopping as well. It is well worth a look at and if you’re unsure have a look at the shops they have online before you go. Parking is free at Disney Springs, just bare in mind that there is a little bit of a walk (about 5 mins). 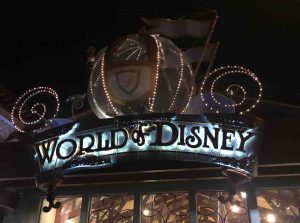 This brings us to the end of the day, where both of us nearly collapsed into the bed. 2 parks, with rides and photos, and a trip to Disney Springs is enough to put anyone to sleep. That or all these early morning and late nights are catching up with us. 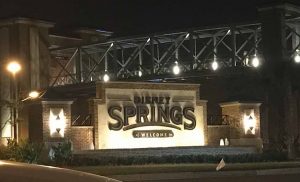 Tomorrow is going to be a very relaxed and chilled day, where if we can help it we aren’t going to do anything.