The park opening time was 9am, so we decided to be there for about 8:30 because there’s a decent walk from the car park to the actual park. However we also needed to nip to a USPS along the way to send some postcards home. So the plan was to wake up at 6:30, be ready by 8 and leave, since Universal is only 20 minutes away. 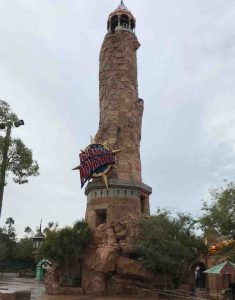 What actually happened was we woke up at 6:30, jumped out of bed, and got ready so fast that we made it to USPS before 8am. This then meant we were at Universal around 8:20! The park didn’t open till 9, but you can go in and wait inside the grounds. You’re able to get early entry to the park but since we have not yet had to stand in big queues anyway we didn’t think it was worth it.

Turns out it really wasn’t worth it as within 3 hours of being in the park we had done all the rides we wanted to and had a little walk around. Due to it being during the week and it being off peak season there was virtually no queue for any of the rides! In fact the longest we waited today was probably 10 minutes.

Kong was the first ride that we went on, and we thought it was going to be a ride ride but it turned out to be a 3D simulator/ride. You are in a van/ safari style vehicle, however after going round a short bit of track you find yourself in a 3D simulator experience. We thought this was actually really clever. 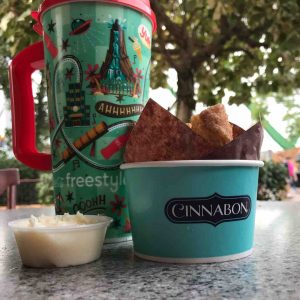 We also went on Spiderman, which was very much like Transformers. The car you ride in is exactly the same and the track is almost identical! We prefer Transformers still, but Spiderman is still a really cool ride and I wouldn’t have complained if I’d have had to wait, of course we didn’t.

After 3 hours in Islands of Adventure we took the Hogwarts Express and went back to Universal Studios as we found this to be a better park. Realistically you don’t need more than 2 or 3 days to do Universal providing you don’t have any children. We would highly recommend going as a 2 or being prepared to be a 2 if going with a bigger party, this is because on a lot of rides they ask for groups of 2 and you go straight to the front. 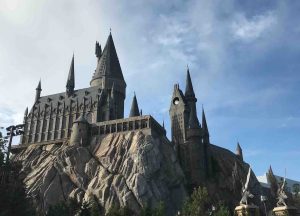 Again we did Transformers and Jimmy Fallen; we also did The Mummy 3 times within an hour. At Universal if the ride is big enough then you cannot take a bag on with you, not to worry there are lockers next to the rides. These lockers are free to use up to a certain amount of time, i.e. an hour or 40 minutes depending on the ride. If you would like to leave your bag longer then you can you just have to pay when you return to your bag. We put our bag into a locker at The Mummy ride and went on it three times and still didn’t have to pay for the locker. We were probably only about half an hour as we walked straight onto the ride twice and waited about 3 minutes the first time.

We didn’t spend all day at the park and this time spent a decent amount of time walking around and looking in the shops as well as going for lunch and then we left several hours before the park shut. This is due to the fact we did all the rides we wanted several times, there were no waits anywhere and we had had enough. 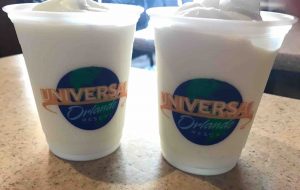 Universal doesn’t compare to Disney at all, in the sense of the “magical feel”, however the rides are really good so it is definitely worth a visit whilst being out here. We are going to go for a third time as we are going to see The Blue Man Group, and you only have to pay to park once but we can use it to go into the parks.

This evening we are relaxing and going out to Cici’s for dinner before having an early night.

We are still yet to go to Clear Water, Epcot, Volcano Bay, Blue Man Group and more. To stay up to date follow us on Twitter and Instagram.