This post is going to be a little different, instead of saying wen went on this and thought it was good or bad or alright, I’m going to talk on a whole about the day as we did so much. 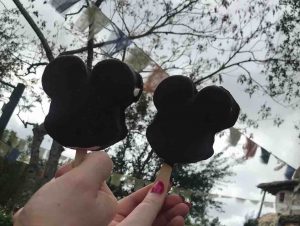 Animal Kingdom is great, before coming here I hadn’t really heard much if anything about it so I was unsure what to expect. However walking in through a rainforest on the hottest day it has been was very true to form. The whole park is themed so well and all of the décor is amazing! I personally couldn’t get over just how fantastic Pandora world really was; I could’ve sat watching the views and walking around all day.

Let’s start by saying that Martin is not a big fan of rollercoasters, in fact I usually go on the single rider queues at places like Alton Towers and Thorpe Park. However at Animal Kingdom we started the day on Expedition Everest, as soon as we got off Martin said that he really enjoyed it and wanted to go on it again! I was shocked but so happy. After using our initial 3 fast passes we then had a look and were able to do Expedition Everest again, and again! Believe it or not we went on Expedition Everest 3 times in one day and waited no more than 5 minutes to get onto the ride. All this and the normal ‘stand by’ queue was around 40-80 minutes wait time. We were made up we were able to do it so fast and so many times. Fast Pass really has been our best friend. 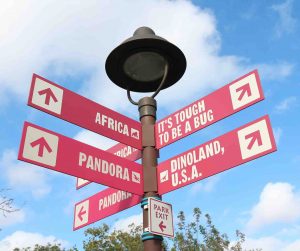 We did a couple of character meets today, with Timone and Rafiki (both of which I adore and Rafiki is my favourite!!!!) They were both really funny and both pointed out the Stitch ears that I was wearing. Rafiki was very playful with everyone that went up and he had a little giggle with everyone. Again for these meets we waited probably 5-10 minutes maximum. 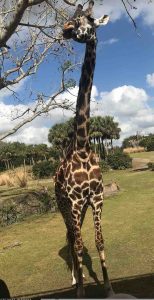 Our second fast pass for the day was Kilimanjaro Safaris, this was great. You really get up close to all of the animals and its very much like a safari park in the UK, where you drive around. We ended up on here twice, again due to fast passes we didn’t wait at all for this ride. The first time we went on it took over half an hour to get around due to Giraffe’s being stood in the road, however we didn’t mind as we then got to see them so close we could’ve touched them if we were brave enough to put our arms out. The second time was around 20 minutes long but was just as good. We learnt a lot from this little safari drive, and it really was fun. We also both really appreciated the breeze as it really was so warm! 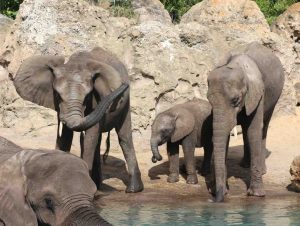 The Na’vi River Journey is another ride we had originally fast passed, and this ride always seemed to have over an hour queue so we expected a lot. We were slightly disappointed. Although it was a good ride, we both said we wouldn’t queue to go on it so it’s a good job we didn’t. It is good and the décor again is amazing but if the queue is longer than about 45 minutes then don’t bother.

Dinosaur is one that we thought was for kids originally, but decided to give it a fast pass and go on. So we did, and I loved it. I preferred Dinosaur to Expedition Everest and so we ended up going on this ride twice. Both times there was no queuing involved (lets be honest we don’t queue for anything). We ended up at the front for both and I personally think it is a very well executed ride and possibly one of the very few rides where I actually held on. That says a lot. This ride would be worth a queue if you had to but if you can fast pass then go for it.

Finally, the River of Light. Well just like everything at Disney this was perfectly executed, down to the second! There are boats, animals on boats, animals projected into the trees and a story projected onto water that is being sprayed in the air. As simple as it actually is, it really is amazing to watch and I would say it is one not to be missed. Personally I thought it was miles better than Fantasmic and I really enjoyed Fantasmic. If there’s any one thing I would say to do at Animal Kingdom it would be to see the River of Light evening show. 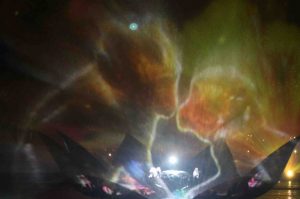 We got up to other things such as the Festival of the Lion King (very fun interactive show) and It’s Tough to be a Bug, as well as Primeval Whirl (not just for kids even though it looks it) and Rafiki’s Planet Watch (which you take a cute little train to as it’s separate from the main park). 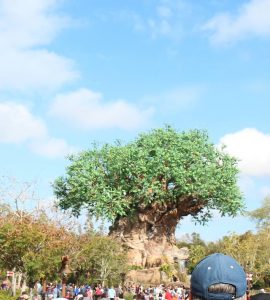